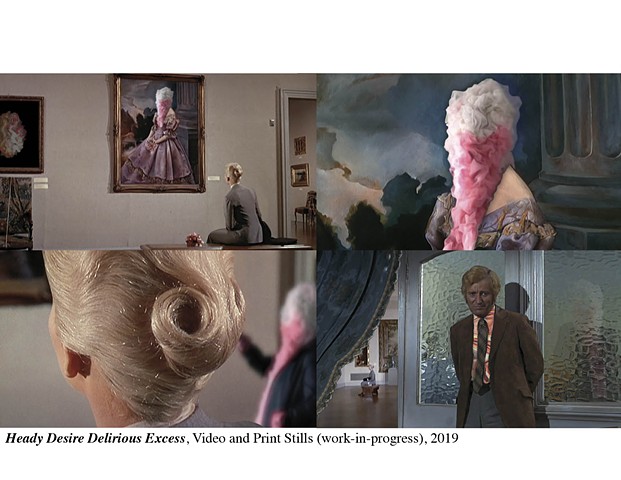 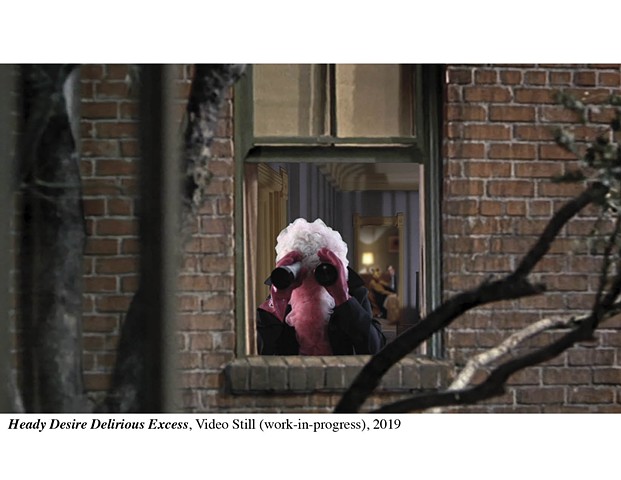 In this in-progress video work, suspense, thriller, and horror film stills, recorded performances, and animations are remixed and re-contextualized. The artist inserts herself into various “scenes" becoming simultaneously voyeur and participant. These disruptions draw attention to the sexual, psychological, and phenomenological feminine subtext frequently embedded in film and media. The imagery is often humorous, abject, and disturbing, and recalls an oppressive and violent history of women's roles in film, media, and society. The works of Alfred Hitchcock have been widely analyzed by scholars and critics for their complex psychological narratives of male projection and female objectification, and figure prominently in this work. The artist's persona "Heady Desire" infiltrates these acts of voyeurism by becoming the watcher, the director, and creative subverter. Heady Desire dismantles the original meaning of the film through transforming the role of the passive female object to that of an active participant and spectator. Heady Desire embodies and embraces the feminine with her soft folded fleshiness and dripping excess. This feminine excess once classified as unseemly, too much, and a problem for women, is now presented as empowered desire and agency, capable of reframing feminine experience, and reshaping cinematic histories.